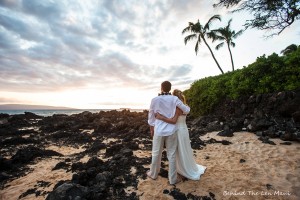 In modern days, outside of some cultures, the wedding ceremony is no longer viewed as a business contract but one of a romantic gesture. However, many of the past traditions that had a particular purpose is often still in effect, but more out of tradition instead of necessity.
The month of June has also been brought to the forefront even more thanks to the 1948 movie starring Montgomery Clift and Bette Davis, “June Bride,” where the movie depicted the reinforcement of the month of June with the romance of weddings. Others followed suit as can be seen in the musical “Seven Brides for Seven Brothers” in 1954 as it include the musical piece, “June Bride.”

Also of note, if you are looking to have your own June wedding, be sure to plan ahead. If June is so popular, then so are wedding photographers and they get booked up quickly. If you’re doing a destination wedding, such as in Maui, get your Maui wedding photographer as soon as you can.