Wedding Traditions And Their Unusual Origins

All wedding traditions had to get their start somewhere. Some have various theories and some can be traced back to a single event. If you ever wondered about some of these traditions as you plan your wedding, take a sneak peak below to learn a little history about their origins and maybe incorporate them into your ceremony. If you include a tribute to history, inform your wedding photographer ahead of time so they are prepared to include it in their wedding shoot.

– As a way of proving her fidelity, herbs were worn as a symbol by ancient Roman brides under their veils in bunches.

– Since orange trees are in bloom at the same time they are bearing fruit, orange blossoms are often included in the bride’s floral arraignment to symbolize happiness and fertility.
– If you ever see ivy being used along with wedding bouquets, it’s because the early Greeks thought that ivy was the sign of everlasting love.

The appearance of flower girls began during the Middle Ages, where they would have two younger girls, dressed alike, carry wheat down the aisle right before the bride’s entrance. Flowers have since replaced the wheat and often flower girls will toss flower petals on the ground for the bride to walk across.

Break a Glass, not a Mirror

As a way to end a Jewish wedding, a wine glass is place on the ground wrapped in a white cloth to which the groom will stomp on in order to break it. This glass breaking stomp symbolizes the destruction of the Jewish temple from its ancient past, as well as wishing good luck to the bride and groom’s marriage.

The Circles of Love

– Theoretically engagement rings are thought to have begun as a custom that stemmed from the exchanging of rings as a way to seal an agreement.
– Many old customs believed that there is a vein in the third finger of the left hand that leads straight to the heart. Therefore, engagement and wedding rings, which represents one love for another, can go immediately to the heart. 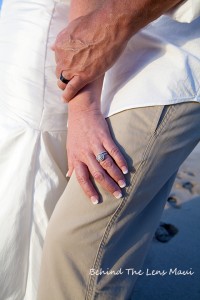 The Tossing of Rice

Rice has long been known as a symbol meaning fertility and long life. Guests would then throw the rice at the new couple as they exited the wedding ceremony as a way to wish them a good life and plenty of children. Other cultures toss other items for good luck and for symbolism such as peas, barley, corn, confetti, chickpeas and orange blossoms.

– In the ancient days of Rome, often a thin loaf of bread would be broken over the couple’s heads during the ceremony. They would then save the crumbs for the guests to keep as a good luck charm.
– The tiered wedding cake came into existence as a bride and her groom would kiss over the first layer. They then added a layer to prevent the kiss. They would continue the tiers until the couple could no longer reach each other over the cake.
Ooh La La, the Honeymoon
– After of all the hustle and bustle that the couple has gone through planning their wedding, a much needed time away together is in order. Many years ago, honeymoons were considered as a way for the new groom to take his bride to escape and hide her from her family. This usually lasted about 30 days.
– Another theory on how the honeymoon came to be was from the ancient German tribe, the Teutons. After the wedding ceremony ended, the groom and his new bride would go and drink honey until the moon disappeared. 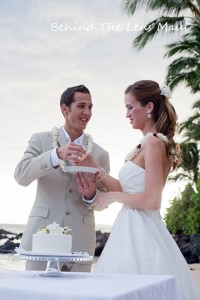